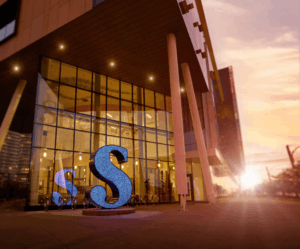 Dealing with issues and emergencies is a core part of communications at all organizations. But sometimes, higher education institutions face issues that require them to rewrite their crisis communications handbook.

That’s what happened in October 2017 in Ontario, Canada, when faculty members at Ontario’s 24 publicly funded colleges went on strike. The strike lasted for five weeks and led to cancelled classes for about half a million students. This unprecedented development forced colleges to update their crisis communications strategies and tactics on the fly in order to effectively engage with their key constituents, students.

“This strike trumped all of our previous crises, and it was a completely new situation,” says Nicole Woodall, manager of public relations and social media in the communications department at one of the affected schools, Sheridan College. “We did a lot of pre-planning, but we also had to adapt our operations a lot as circumstances changed.”

The messaging focused on demonstrating empathy and reasonableness to students; respecting all parties; being honest, factual and timely; and upholding Sheridan’s commitment to quality, character and accountability.

“This meant making sure we didn’t get political or debate the merits of the strike with anyone,” Woodall says.

One of Sheridan’s best moves was to get much of their communications plan in place in advance, when the possibility of a strike was brewing. Five months before the strike took place, Szustaczek began working with the college’s executive team to develop communication procedures and protocols.

“Just to be safe, we started planning ahead what we would do operationally,” Woodall says. “We thought it was absolutely imperative not to be caught off guard.”

That proactive approach extended throughout the strike in the form of three-times-per-day triage meetings—one with the college’s executive leaders, one with the provost and deans, and one with student services departments. The discussions and decisions made in these meetings set the direction for the day’s communications operations.

The communications and marketing teams collaborated closely with the Registrar’s Office, Student Services and Human Resources to create a coordinated approach to student communications. The graphic below shows the diverse channels that were used to convey information and respond to students’ questions and comments, as well as the metrics outcomes for each channel.

The strike microsite became the primary vehicle for sharing information on the strike and its impact on classes, coop placements, exams, graduation dates and other pertinent topics. Over the five-week strike, it was updated almost 300 times. All Sheridan departments relied on the site when interacting through their various channels.

Being timely in communications was key to not adding to students’ frustration: a one-call resolution was set for the phone hotline, while on social media, the protocol was to respond to any messages within two hours. During the strike, all non-strike messaging was suspended.

The Marketing and communications teams also partnered with other Sheridan department to stage a strike open forum at each of its three campuses to share information and address students’ questions and concerns.

After the strike, reintegrating both students and faculty involved developing a recovery communications strategy. At its heart were two web portals—one for faculty and one for students—that were created to share important information about the process to carry out the remainder of the academic term.

“Any crisis can magnify our worst qualities. You’re working in a pressure cooker environment,” says Woodall, who estimates she put in about 350 hours of overtime during the strike. “But for such a difficult event, it was amazing how our team was able to stay focused on the three main goals, cooperate and maintain our integrity. The executive leadership was able to maintain a calm, rational demeanour, and that cascaded through our entire organization.”